Many people ask me if I PhotoShop my images prior to posting to the web. Truth be told,  every single digital image needs a little tweaking.  Fact: Nearly every image used in commercial advertising  (billboards, newspapers, magazines, etc)  has been Photoshopped in some matter prior to being printed.

I shoot a lot of photos. While on assignments I can easily shoot over 8K in photos in a single week.  Although most of them are editorial photos and usually just a few are needed by the clients. I also shoot a lot of personal photos. I like to bracket exposures and shutter speeds, adjust lighting and shoot several shots of the subjects if time allows. This system makes the final editing easier and gives the client more choices since a good photo will help make their written articles standout.

NO ONE  wants to waste the time editing every single image photographers create, especially the photographer. If the photographer brackets his shots it’s easier to pick a decent exposure to work with in post edit. Getting the composition and exposure close will also pay dividends in time saved during post edit.

So what makes an image pop?  Composition, Lighting, Color, Exposure and Subject of course. The first three can be controlled in post-processing. Although, one can control exposure in post try to get the exposure close from the start.  After a decent exposure,  I crop the image and add a little color saturation at times and “whoa” that’s it! The whole process only takes about a minute or two.

Let’s talk about composition for a bit. Framing your photo in the camera viewfinder is most important if you want a great or compelling image. Try applying the basic composition rules like the “rule-of-thirds”. Turn your camera verticle or horizontal and pretend you see that tic-tac-toe graph. Also, try to get some low or compelling angles. Whatever you do, DON’T put the horizon in the middle of the photo. Yikes!!

If you notice the sky is more dramatic, try to include more of it. Including a live subject, building structure or animal to your photos will also help make many photos work. If you look at the sunset I shot at Bradenton Beach above you will notice the sky with the whispery clouds swirling around and the birds running at the base. I shot a very low angle with the camera just inches from the sand. I wanted to include some of the shine on the sand because it was reflecting a very dramatic sky which added another element of lighting which silhouetted the birds. During post I barely saturated the color and cropped the image a little and that was it.

The photo below was shot along the Gold Coast of Brasilito, Costa Rica. It was an amazing sunset and the color was right on. Again, just a tad of saturation. The young surfers in silhouettes added the human element and scale. Many may say the image is a bit over saturated. However, you as the creator of the image can adjust lighting and colors to get your desired effect. At times we can adjust colors to match a decor in place in our homes or offices.

The image below is the same beach scene as above, but shot several minutes later. The lighting became so much more saturated as the sun started to set low in the sky and exhibited some astonishing brilliant colors, so I was compelled to shoot a series of photos which all turned out incredibly amazing.

The image below was right outside my hotel in Brasilito, C.R., . The lighting was right on with little photoshop. I had just arrived and hurried to get the shot. The moss hanging from the tree and the people added some extra elements.

Exhibiting your Masterpiece: Try adding a border around your finished images. It completes the photo for publishing. If you want to hang your images you may want to skip the traditional frame and matting with glass.  Opt instead for a gallery wrap, metal or acrylic print. I’m loving the metal and acrylics. 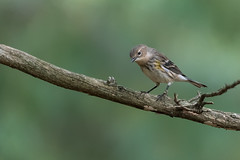 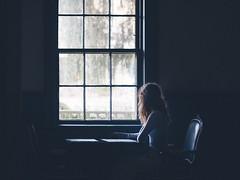 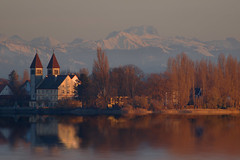